Title: Solid
Author: Shelley Workinger
Series: 1st in series
Pages: 222
Published: July 2010 by CreateSpace
ISBN: 9781453624821
Source: Author provided PDF for honest review
Description:  Eighteen years ago, a rogue Army doctor secretly experimented with a chromosomal drug on unknowing pregnant women. When he was killed not long after the children were born, any knowledge and evidence seemed to die with him - except for the living, breathing, human products of his work. Almost two decades later, the newly self-proclaimed "open-book" military unearths the truth about the experiment, bringing Clio Kaid and the other affected teens to a state-of-the-art, isolated campus where they soon discover that C9x did indeed alter their chromosomes, its mutations presenting as super-human abilities. The military kids, who come from across the nation and all walks of life, come into their own as lighter-than-air 'athletes'; 'indies' as solid as stone walls; teens who can make themselves invisible and others who can blind with their brilliance. While exploring her own special ability, forging new friendships and embarking on first love, Clio also stumbles onto information indicating that the military may not have been entirely forthcoming with them and that all may not be as it seems...
I Give This ...

I've seen this one pop up here and there and I just wasn't sure on it.  I probably would have read it eventually, but the author asked if I would like to review it.  I said yes to a PDF (I've been wanting more books to use on my kindle).
The story has an interesting plot line.  I was curious as to how the doctor snuck in an experimental drug on pregnant women.  The author makes in seem entirely plausible, especially within the tightly controlled environment of the military.  I was expecting more in the way of super powers, what the teens do have it subtle.  It's obviously blended in with regular humans, or the teens would have been pegged way before they actually were.
I liked Clio (Calliope).  It's always a good indication when you like the main character immediately.  I liked her relationship with her mom and how she talked about her father.  She also was able to easily make friends once she arrived at the campus.  Her group had an interesting mix of individuals.  I liked Jack and Garrett and actually wondered which would be the romantic interest.  I was glad it was Jack, but Garrett definately made me laugh.   Miranda and Bliss were like night and day.  It's funny how the girls all became friends considering how different they were.
I also enjoyed how the characters tried to figure out what might have actually happened with the experiment and how it was effecting them today.  They knew something wasn't right and weren't content to sit in their perfectly created campus to see what might happen.  I also was surprised, which is always a plus when it comes to mystery.  I usually figure it out.
I will be reading the next one in this series.  I want to see were the characters go next with their powers. 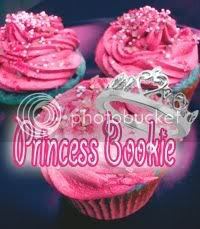 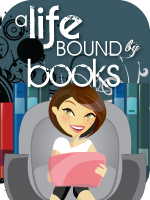